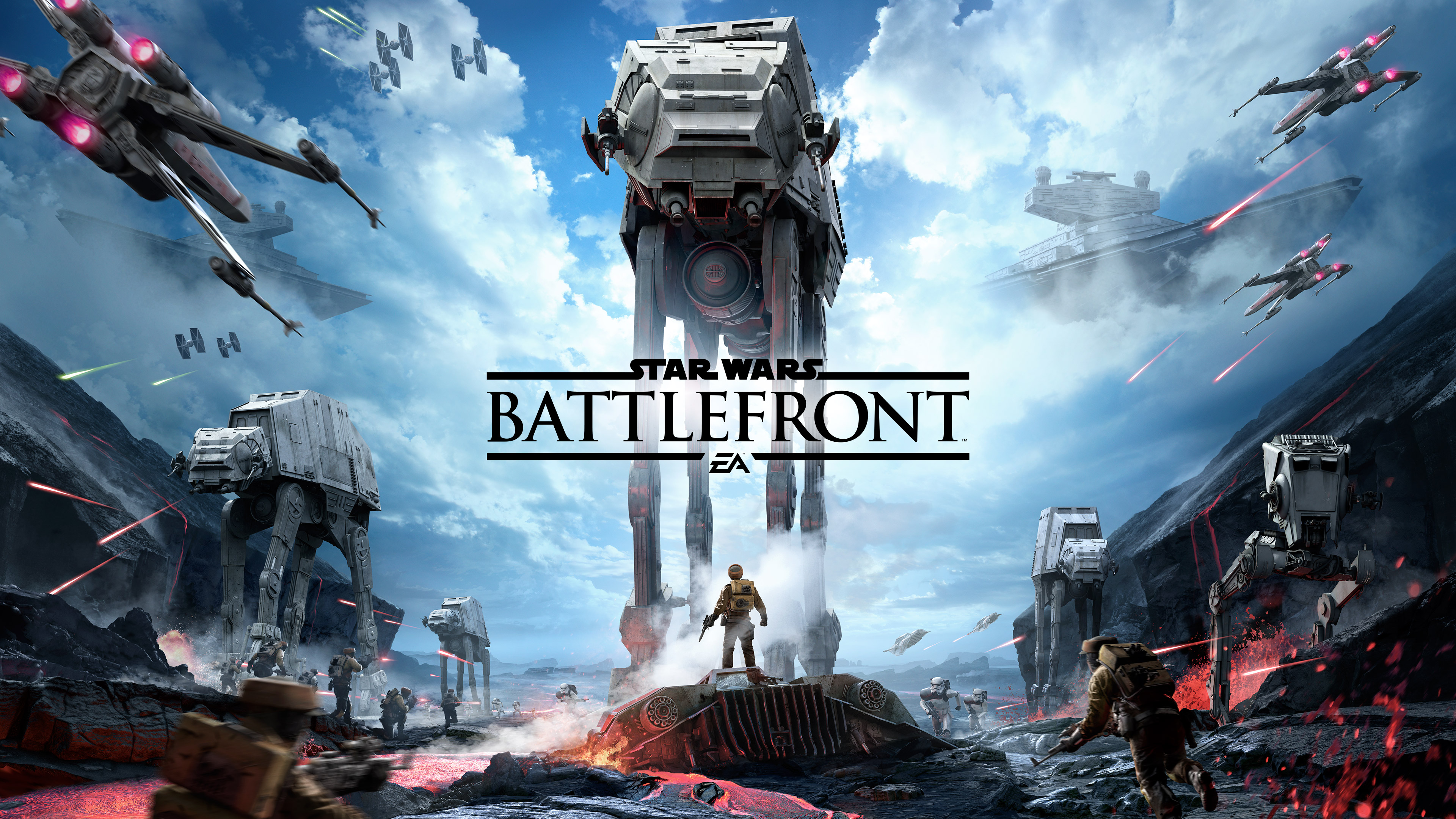 My feet touch down on the gray crust of Sullust, crunching with each step as I carefully make my way around the bubbling pits of lava and navigate over the steam vents. Suddenly, I hear a screaming sound (no, not this one), and I look up in time to see an X-Wing blast by overhead, streaming laser fire at a target just out of my range of vision.  And that’s when I see them: hanging low in the atmosphere, the familiar wedge-shaped profile of several massive Imperial Star Destroyers. I let out a cheer and raise my E-11 blaster rifle in salute, determined to win back every inch of ground we’ve lost in this battle to those pesky Rebels. And that’s when it happened…you see, I used to be an Imperial Stormtrooper like you, then I took a thermal charge in the knee.

On Thursday, EA and DICE launched the Star Wars Battlefront open beta with two maps and modes, and I’ve been able to log many hours already in the game. To say my expectations were high going in was a bit of an understatement. Recent missteps with Battlefield 4 (well documented everywhere…but let me Google that for you) and to a lesser extent, it’s bastard offspring, Battlefield Hardline, did little to color my excitement as I booted up my first match, taking place on the planet of Sullust. Initially I was gobsmacked. Graphically, no game has ever done a better job of representing Star Wars than this iteration of Battlefront. You will be completely immersed if you let yourself — the sound design and near photo-realistic graphic quality will make you believe you are in a deleted scene from one of the movies. You WILL feel fear when, as a lowly Rebel foot soldier, you catch your first glimpse of the massive AT-AT walker cresting a snow covered hill on Hoth, and your breath will be taken away by the site of Mon Calamari star cruisers and Imperial Star Destroyers engaged in a space battle over your head as you battle for possession of their falling escape pods in Drop Zone. I can hardly wait to see what other wonders wait for us when the full game launches in November, because spoiler alert for the end of this article: I will be buying it. Yes, there are issues, but not enough to detract from the unique feel of being completely transported into the world of Star Wars like no other licensed game I’ve played before has done as well.

So what are the major issues? As with any beta, there are some bugs. The biggest single issue I experienced was lag, which is to be expected to a certain extent. I was relieved to see that the massive lag and hit detection issues that destroyed the Battlefield 4 launch did not occur during the beta, which gives me some hope for a successful launch in November. I also experienced some weird clipping in various parts of the Hoth map. There were also some invisible obstructions that I couldn’t seem to mantle over (a trait it shares with some of the Battlefield 4 maps). All in all though, bug-wise, I don’t see too many issues. It’s some game design choices that concern me — those little details that can add up as a player invests more and more time in the game. To whit:

A few other minor issues aside, all in all what is clear here is that so far Battlefront is on target for a much smoother launch than the last major DICE release. The game plays smoothly, and the basic game mechanics, while not completely intuitive,  are not flawed either (with the very big spawning exception I mentioned above). You will have to grind a few matches in order to start unlocking any gadgets or extra weaponry. It’s a disconcerting feeling that first match when you realize you have spawned into the battlefield as a noob armed only with a blaster and a complete lack of knowledge regarding map layout or hot zones. Once I got a few rounds under my belt though, this stopped being an issue. I re-adapted very quickly to the old console style of hip shooting for most targets, only aiming down sight for long distance gunning. There is no penalty for hip fire in Battlefront, and shot are just as accurate from the hip as they are from the shoulder. The two game modes featured in the beta, Walker Assault and Drop Zone, are both fun in their own way (as long as you’re the Imperial in Assault!). Walker Assault has been covered earlier in the review, but Drop Zone plays like a Domination or a Conquest Small variant, whereby both sides vie for control of escape pods scattered around the battlefield, with a smaller player count (8 vs. 8).  I would recommend starting with DZ over WA as a beginning player, as the map size, player count, and lack of roving AT-ATs all make the experience much more manageable.

One other tidbit, and this one’s a freebie. Give some serious thought to purchasing and equipping the jetpack when you hit the beta level cap of 5. For one, it’s a total blast to use, and for another it adds an almost Destiny-like Warlock jump to your movement. More often than not, the jetpack can save your Imperial or Rebel bacon as you start to take fire from behind. Hit that jump button and you’re catapulted many feet to the side and usually out of danger. Used effectively, you can even get the drop on unsuspecting opponents by landing right in the middle of a group as they cluster around the escape pod. It’s just great fun to use and well worth the credits.

All in all, frustrating issues aside, based on the beta I would say Battlefront is well worth a pickup on November 17 when it becomes available to play on PS4, X-Box One, and PC. Outside of a theater seat come December, there will be no better place to experience the rush of being in the Star Wars universe. Until then, you can get in on Star Wars Battlefront Beta from 10/8-10/12, by downloading the client via Origin or on your console marketplace.  Just bring a fresh pair of underwear for the first time you stare down those looming AT-ATs. You’ll need them, and that’s a good thing.

As a kid, Brandon grew up on a steady diet of Spider-Man and G.I. Joe comics, and played way too much Faceball 2000 and Zelda: Link To The Past on his GameBoy. He forgot his nerd roots for a few years, but the G.I. Joe reboot around the new millennium drew him back into comics and geekdom at large in a big way. Now older, slower and less wise, he focuses his efforts on spreading the nerd bacteria to his beautiful wife and two amazing children every chance he gets.

On The Lamb with OBEY: A Review

Trip with the Teacher – Blu-ray Review